Since 1782, Bangkok has served as capital of the kingdom for two centuries. Back to the time before the Bangkok era on the Chao Phraya River where the site of the Grand Palace is situated now it was an old port city-Bangkok. The history of Bangkok began when the King of Thon Buri (King Taksin) established Thon Buri as the new capital of the Thai kingdom. Thon Buri, the city on the west bank of the Chao Phraya, had been the kingdom's capital until Rama I, the first king from the house of Chakri, succeeded King Taksin as the ruler of the kingdom and established Bangkok, the city on the east bank, as the new capital - Rattanakosin. Bangkok's early development was concentrated on Phra Nakhon, the east bank, especially the Grand Palace's surrounding, the area that is now Phra Nakhon District. As an old port city that could trace its origin back to the Ayutthaya era, Bangkok has grown from maritime trade that has made it open to people from various backgrounds and has enabled cultural and knowledge exchanges. This results in old communities of Bangkok on both Phra Nakhon and Thon Buri banks that consist of diverse people that have settled since the time before the Bangkok era. Diversity clearly reflects from temples of various religions standing side by side in almost every community alongside the market. Temples, communities and markets are three inseparablecomponents.
Bangkok began to modernize under Rama IV's reign after the king concluded the Bowring treaty with the United Kingdom in 1855. Siam had to modernize itself after colonisers' model in every dimension. Modernization had increased its degree during Rama V's reign. Hundreds of roads and streets were built as well as a nationwide railway network. These reshaped Bangkok's development significantly.
Now Bangkok is the centre of the country in every aspect. It is home, It is temporary shelter to many people. It is a gigantic market place, It is the centre of contemporary art and culture and it is the gateway to everywhere in Thailand. 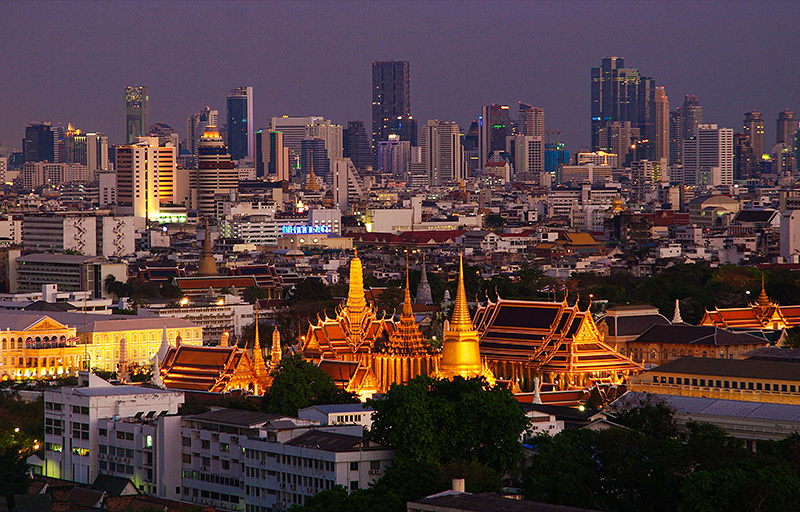 Delhi is the capital of the world's largest democracy. Delhi is located on the banks of the River Yamuna and is surrounded by the states of Uttar Pradesh and Haryana. It has a perfect blend of a rich past and a vibrant present. Delhi was born as early as 1000 BC when a settlement sprung up near the Purana Quila on the banks of the Yamuna. Hindu mythology, however, records a settlement many hundreds of years earlier at the ancient site of Indraprastha. After the rise of the Delhi Sultanate, Delhi emerged as a major political, cultural and commercial city along the trade routes between northwest India and the Indo – Gangetic plains. In 1639, Mughal Empire from 1649 to 1857, under the British Raj, a new capital city, New Delhi was built to the South of the old city during the 1920s. The architect of the new capital city was Sir Edwin Lutyens. When India gained independence from British rule in 1947, New Delhi was declared its capital and seat of government. As such, New Delhi houses important offices of the federal government, including the Parliament of India.

New Delhi have been practiced since times immemorial. Especially the silver and gold enameling and Zari (Embroidery in gold thread) work and miniature paintings of the city have been quite popular for centuries. Other fine craftsmen of Delhi include potters, wooden toy makers, kite makers, lacquer craftsmen in the city live in the Old Delhi area. The best way to enjoy the amazing handicrafts of Delhi is to visit the Crafts Museum at Pragati Maidan, at the State Emporia on Baba Kharak Singh Marg or the famous Dilli Haat. 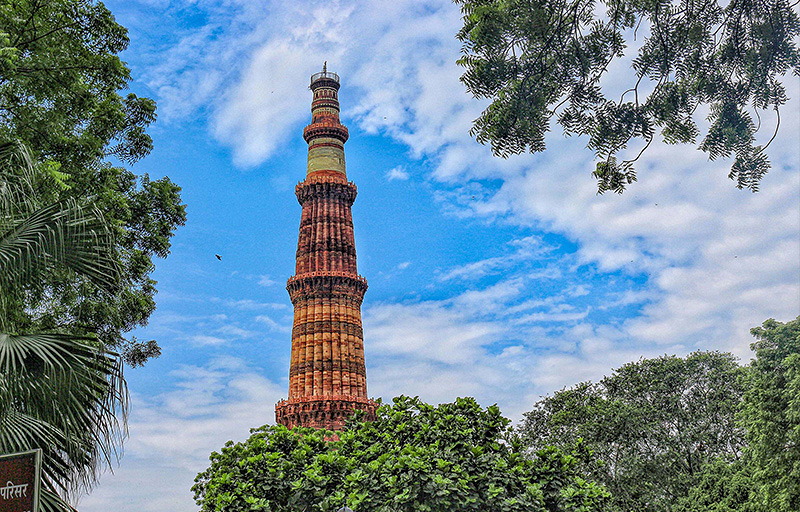 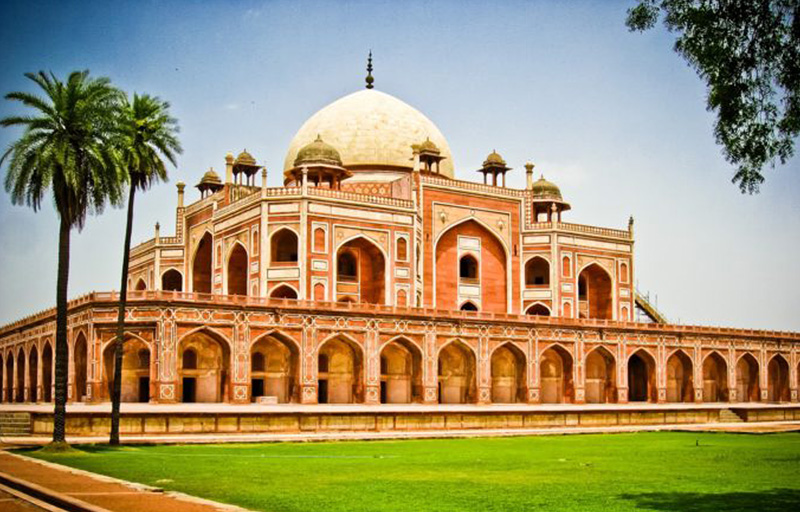 Chandra Naya
An oriental style house located at Jalan Gajah Mada No.188, West Jakarta. Formerly the house owned by the Chinese Mayor in Batavia.
The Candra Naya building was built by Khouw Tian Sek, estimated in 1807 or the year of the rabbit. to welcome the birth of her son in 1808. The name Candra Naya in the year of the rabbit at that time came from a painting with the inscription using the Han character which means "In autumn in the year of the rabbit". The owner and occupant of this building was originally a mayor, namely Khouw Kim An.
In 1946 this building served as a clinic for the origin of Sumber Waras Hospital. This building was also used by Sin Ming Hui as an elementary, middle, and high school building. In 1965, Sin Ming Hui changed its name to "Tjandra Naja Social Coordination". and in the 1960s to 1970s Candra Naya was the venue for high-class weddings. until now the Candra Naya Building has become a Cultural Heritage and its historical traces are well preserved, even though it is sandwiched in the middle of the building. 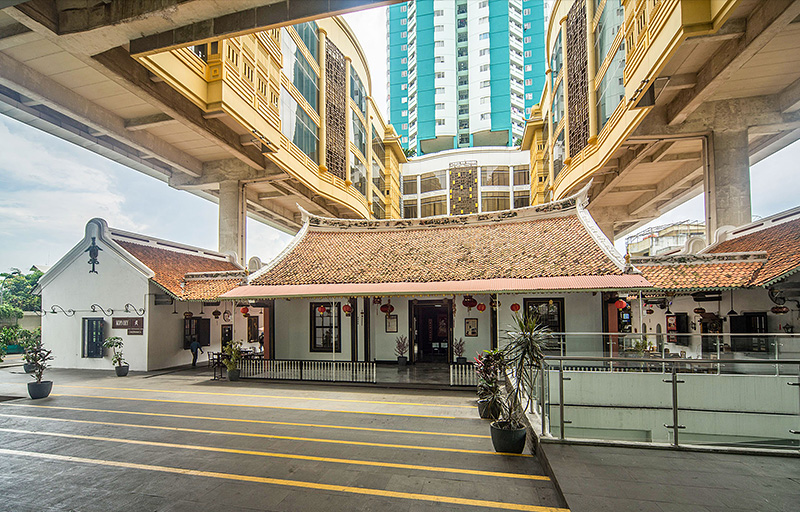 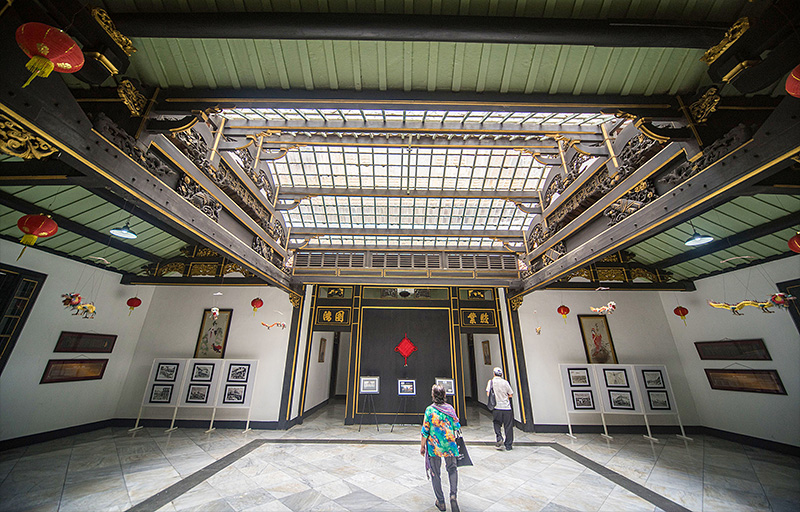 Deoksugung Palace
Originally built during the Joseon period, this historic palace played an important role in Korea's modern history. In fact, it served as the backdrop for the Daehanjeguk, or Great Korean Empire. The only palace among all the ancient palaces in Seoul to have a Western style garden, fountain, and modern royal palace, it stands as the bridge between the old and modern eras. The changing of the royal guard ceremony that takes place every day at the main gate called Sumumjang is one of the must-see sights of Seoul. 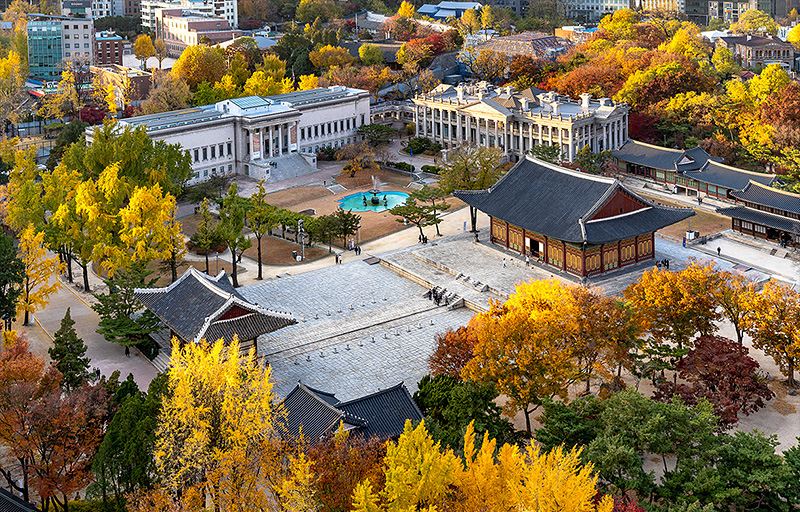 Taipei City is located in northern Taiwan, including the northeastern part of the Taipei Basin and the surrounding hilly region. Taipei City houses various ethnic groups, such as aborigines, Minnans, Hakkas, mainlanders, new immigrants and expats.
Thanks to advances in economic development and the robust transportation systems, important international conferences and exhibitions are frequently held here in Taipei, drawing overseas travelers to visit, do business, stay and study in Taipei City. Its ethnic fusion has styled Taipei to become a melting pot of cultural diversity. 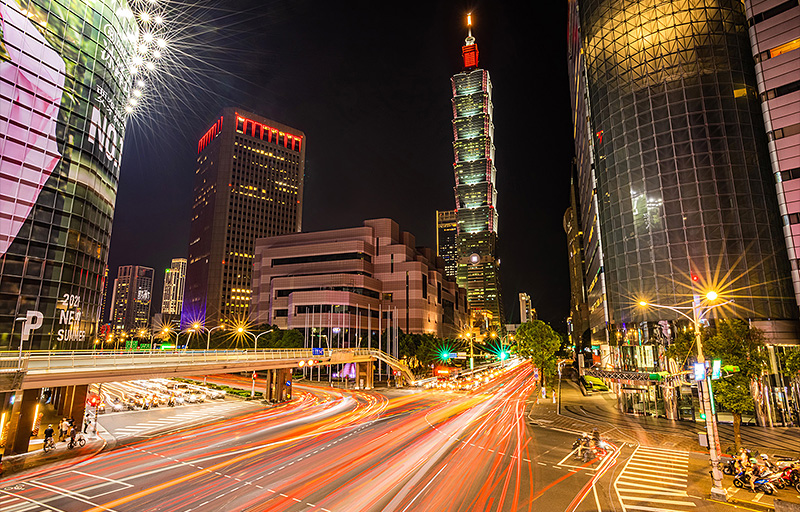 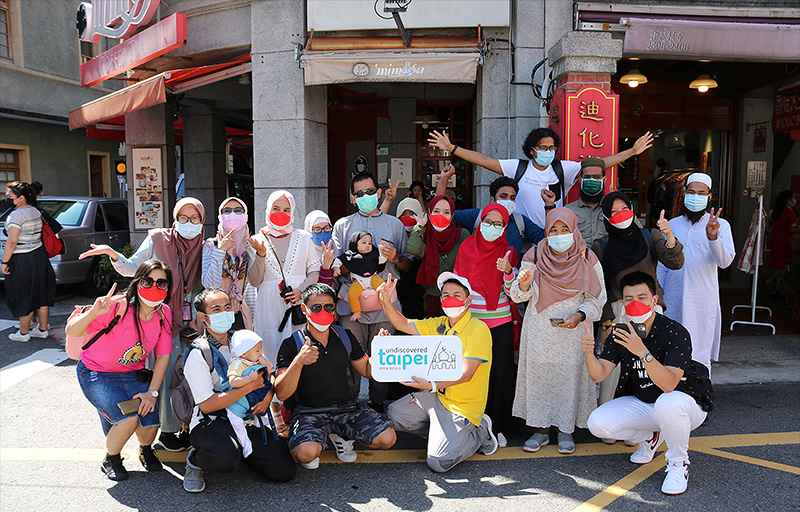 Tokyo has enjoyed a long history of prosperity as Japan's capital since 1603, when Tokugawa Ieyasu established his shogunate and named the city Edo. Today, with a population of about 13 million, it has grown into the largest of the 47 prefectures of Japan and indeed one of the greatest metropolises in the world. Comprising 23 special wards, 26 cities, five towns, and eight villages, Tokyo is the center of various activities in Japan, including politics, economy, and culture.
Located geographically at roughly the center of the Japanese archipelago and in the southern part of the Kanto region, Tokyo shares borders with Chiba Prefecture to the east, separated by the Edogawa River; Yamanashi to the west, by a mountain range; Kanagawa to the south, by the Tamagawa River; and Saitama to the north. With a total area of 2,194 square kilometers, it is the third smallest administrative division in the country. And yet as compact as it is, the land unfolding from east to west is rich in topographical features, from lowlands of only 4 meters above sea level to scatterings of mountains, hills, and plateaus reaching 2,000 meters high, and extending even to the volcanic Izu Islands and the Ogasawara Islands in the Pacific Ocean. 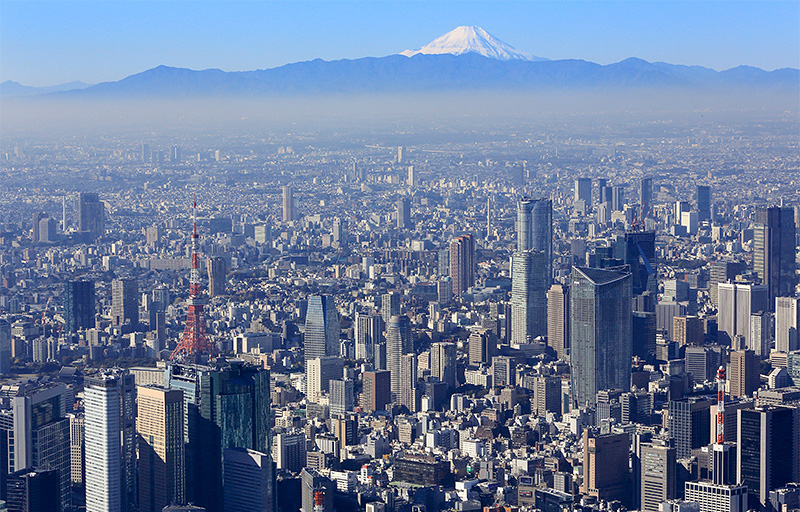 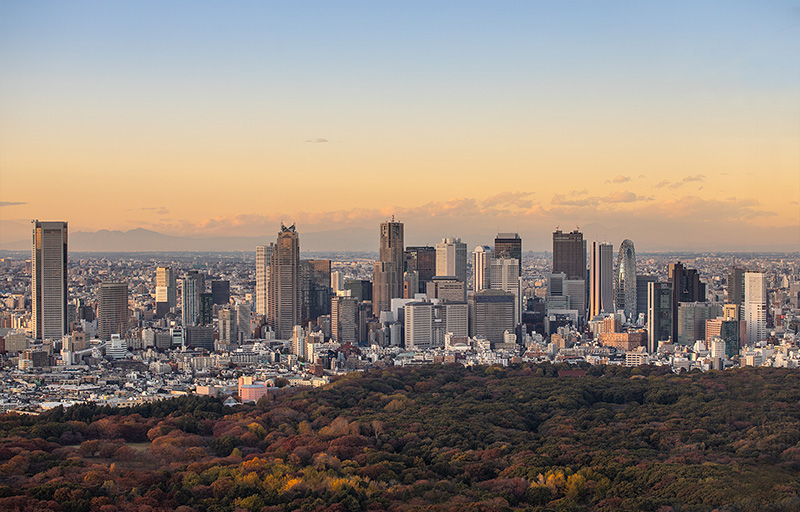 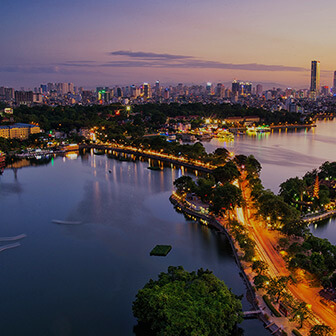